Göppingen/Weingarten, 09/06/2017 – Full speed during forming, slowing down when spraying and transporting parts: In forging processes, the right timing is crucial. In order to keep the strain on the die low, the contact times should be as short as possible without negatively affecting the spraying and transport window. That is exactly what the MSE 2000 servo forging press offers. Schuler will present a 3D model at the EMO trade fair in Hanover from September 18 – 23 (hall 15, stand E29).

“With our newly-developed MSE 2000, a much higher number of parts can be produced in the same amount of time compared to conventional forging presses,” explains Johannes Linden, Division Industry Head at the Schuler Weingarten site. “The lifetime of the die is considerably lengthened. At the same time, the energy needs of the entire machine are reduced.”

The highly-dynamic servo drives in the head unit of the 2,000 ton forging press make this possible. Thanks to these drives, the speed with which the die approaches the part and then moves away from it can be precisely controlled: Slower during part transport, faster during forming. Up until now, that was not possible in conventional presses, which is why the length of the overall process was limited by the slowest sub-process. With the ServoDirect technology, this problem is a thing of the past, and productivity is skyrocketing.

The table ejectors of the MSE 2000 also feature an independent servo drive and are no longer coupled with the main drive as in older presses. This increases the flexibility of part transport and also accelerates the production process. Thanks to the change from a longitudinal to a traverse shaft design in the head unit, last but not least, the operation of the machine becomes even smoother since the two eccentric wheels rotate in opposite directions.

Schuler designed the innovative machine for a well-known forging company. Delivery of the servo forging press, which will be used to create shafts, bevel gear wheels and other joint components, is planned for the end of the year. 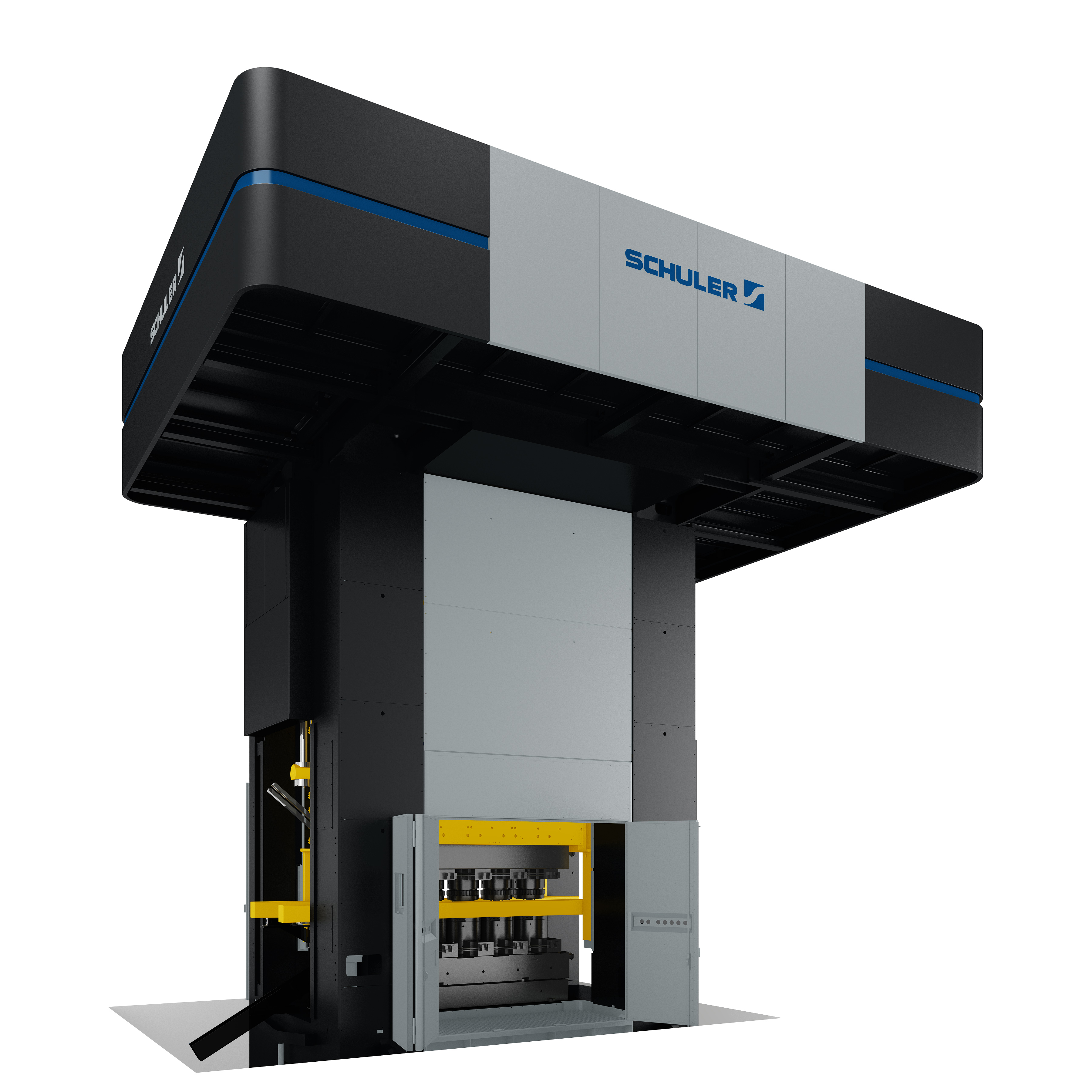 With the newly-developed MSE 2000, a much higher number of parts can be produced in the same amount of time compared to conventional forging presses.

About the Schuler Group – www.schulergroup.com
Schuler is the technology and world market leader in forming technology. The company offers presses, automation solutions, tools, process expertise and service for the entire metalworking industry and lightweight automobile construction. Customers include automobile manufacturers and automotive suppliers as well as companies from the forging, household appliance, packaging, energy and electronics industries. Schuler is a leader in coin minting presses and implements system solutions for the aerospace, rail transport and large-dimension pipe manufacturing sectors. In the 2016 fiscal year, Schuler generated sales of 1,174.2 million euros. After acquiring toolmaker AWEBA and the majority stake of Chinese press manufacturer Yadon, Schuler is present in 40 countries with around 6,600 employees. Schuler is majority-owned by the Austrian ANDRITZ Group.